The Carnarvon Collection: The Real Drama of Downton Abbey

This Monday, as I sat down for dinner to complete my weekly ritual of watching the Downton Abbey episode from the night before, I thought back on the show, it’s successes and failures, and one of its most unfortunate casualties.

Sweet Isis, the beloved family Labrador named after the Egyptian Goddess, who was ‘killed off’ the show when the terrorist group began to make headlines.  While I won’t get into the politics of the decision, what is important to acknowledge is that Downton Abbey has a connection to Ancient Egypt that goes far beyond the name of the Crawley family’s unfortunate hound. 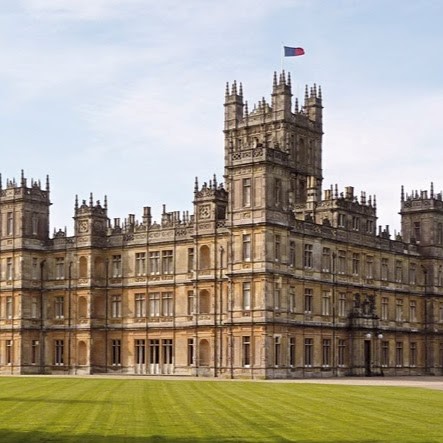 Highclere Castle, home to the fictional Crawley family, was (and is) the real-life abode of the Herbert family, the Earls of Carnarvon. The Herberts include in their ranks a man who was involved in the discovery of one of the greatest Egyptian treasures—the tomb of King Tutankhamen. In 1922, the fifth earl of Carnarvon sponsored archaeologist and friend Howard Carter in his exploration of the Valley of the Kings, never imagining they would uncover the final resting place of one of the most illustrious Egyptian pharaohs in Egypt’s history. 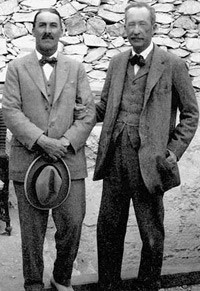 George Herbert, Fifth Earl of Carnarvon, first travelled to Egypt in 1898. From 1906 on he spent many winters in Egypt, and collected numerous artifacts 16 years spent near Luxor in the Valley of the Queens, the Valley of the Nobles, the Valley of the Kings, and in the Nile Delta near Alexandria. His collection served as a trophy of his great adventures, but upon his death in 1923, his widow was forced to part with it to pay for death costs. After being catalogued by Howard Carter, the collection was sold to the Metropolitan Museum of Art with Carter leaving the “unimportant, less impressive” artifacts at Highclere.

Fast forward almost 70 years, and these “less impressive” artifacts reemerge when an aged butler reveals a secret panel covering a cache hidden in the walls of one of the estate’s lesser-used rooms. Behind these panels were scarabs and wood pieces, even a minature axe head was discovered stuck to the windowsill. Egyptologist Nicholas Reeves agrees that the found objects are “less impressive” than other Carnarvon artifacts, Reeves believes they hold importance elsewhere. In fact, they are the only known group excavated from the tomb of Amenhotep III.  Now some of these 300 Egyptian pieces from excavations of various sites at Thebes and Tel Balamun, are on exhibit as well as the castle’s Reynolds and Van Dyck paintings, French furniture and beautifully renovated, silk-lined rooms.

As I watched this week’s episode, it was an emotional rollercoaster (It’s the final season…I’m not handling it well,) but nothing brought more joy that when Robert received a gift from the Dowager Countess, Queen Maggie Smith. 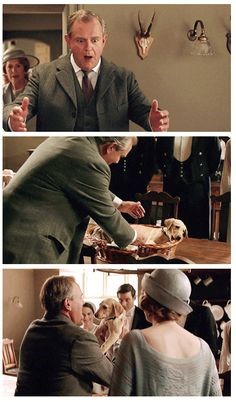 A new puppy! Overcome with joy, Robert immediately decides to name her Tia’a. Confused, daughter Edith exclaims. “I thought we always had names from ancient Egypt.” Robert replies “Tia’a was a wife of Amenhotep II and the mother of Thutmose IV. Don’t you know anything?”

Ahhhh…that blissful moment when they actually get the history right. Thank you, Downton Abbey writers, thank you.

Exploring the archaeology, myths, locations, and art of Tomb Raider.